Young Thug Explains Jay-Z Comments: "I Was Talking [Too] Fast" 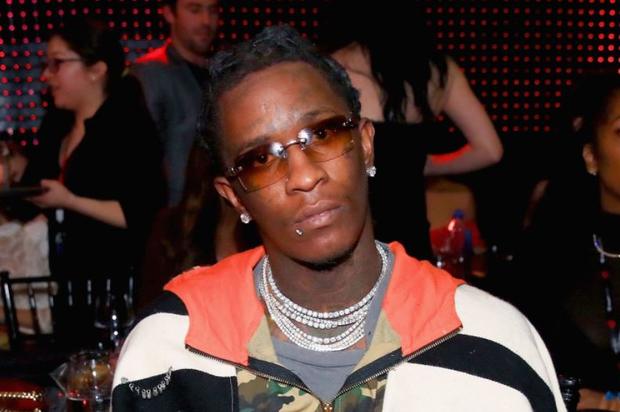 He made it clear that he’s not looking for smoke with Hov.

Recent comments made by Young Thug has caused the rapper to come forward to clarify a few things. Yesterday (December 28), Thugger became a trending topic not because of his music, but due to his recent interview with the Million Dollaz Worth of Game podcast. There were many discussion-worthy moments made by Thug during the discourse, but his remarks about Jay-Z stole attention after he suggested that Hov didn’t have 30 songs under his belt that an arena of fans would know word-for-word.

After being contradicted, Thug seemed to backtrack a bit and admitted that Jay-Z “probably got 50 of them b*tches,” adding that he was speaking generally about rappers who may be successful but it doesn’t resonate when they perform live. Still, the words had already exited his mouth and the internet was quick with the criticism. After 24 hours of taking hits from the public, Thugger posted a brief message to his Instagram Story regarding his comments.

“Don’t have jay z on me cause of this internet sh*t,” he wrote. “I was talking to fast but y’all know what I meant.” Do you think Thugger’s statement was misinterpreted?

Young Buck Suggests 50 Cent Greedily Blocked G-Unit & The Game From Multi-Billion Vitamin Water Deal | HipHopDX Subscribe Subscribe To DX Newsletter Get the most important stories in Hip Hopstraight to your inbox Thank You! Thank You! Thank You!You’re Far Too Kind To complete the subscription process, pleaseclick the link in the email we just sent you. Joining Newsletter Source link